No doubt about it, if you ask people to name their favourite animals, very few will answer ‘bats’. Indeed, they’re among the most maligned of all mammals. Many of my fellow bat biologists and I are used to people cringing when they find out that we study (and love) them. There are many myths about bats, and many people to perpetuate them. So let me dispel six.

There are two main groups of bats. Old World fruit bats have fairly large eyes (like the dog-faced fruit bat, Cynopterus brachyotis at left ). They mainly use vision and smell to get around and find food, and they see way better than we do in low light. But most species (like Townsend’s big-eared bat, Corynorhinus townsendii, on the right) use echolocation for those things, so they don’t need big eyes. Still, they see about as well as we do! 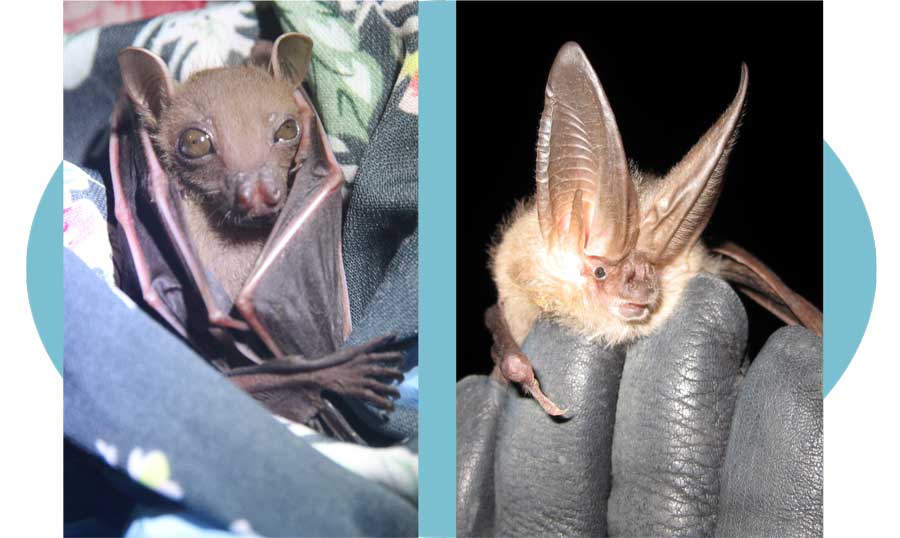 In fact, according to the most recent evidence, bats’ closest relatives are carnivores (dogs, cats, bears, etc.) and hippos, and we humans are more closely related to rodents than bats are. Bats differ from rodents in another major way (besides the flying). Most rodents have ‘fast’ lifestyles, meaning they live short lives, start breeding at a young age, breed many times a year and have lots of small offspring). Bats have ‘slow’ lifestyles. In fact, for their size, bats have the most extreme longevity and slowest reproduction, for reasons science is still uncovering.

The eastern red bat (Lasiurus borealis), shown here (with triplets), is one of the few species in North America that has multiple births. But as in all bats, each pup is huge, relatively speaking – litter mass can be 50 % of the female’s body mass. Ouch! 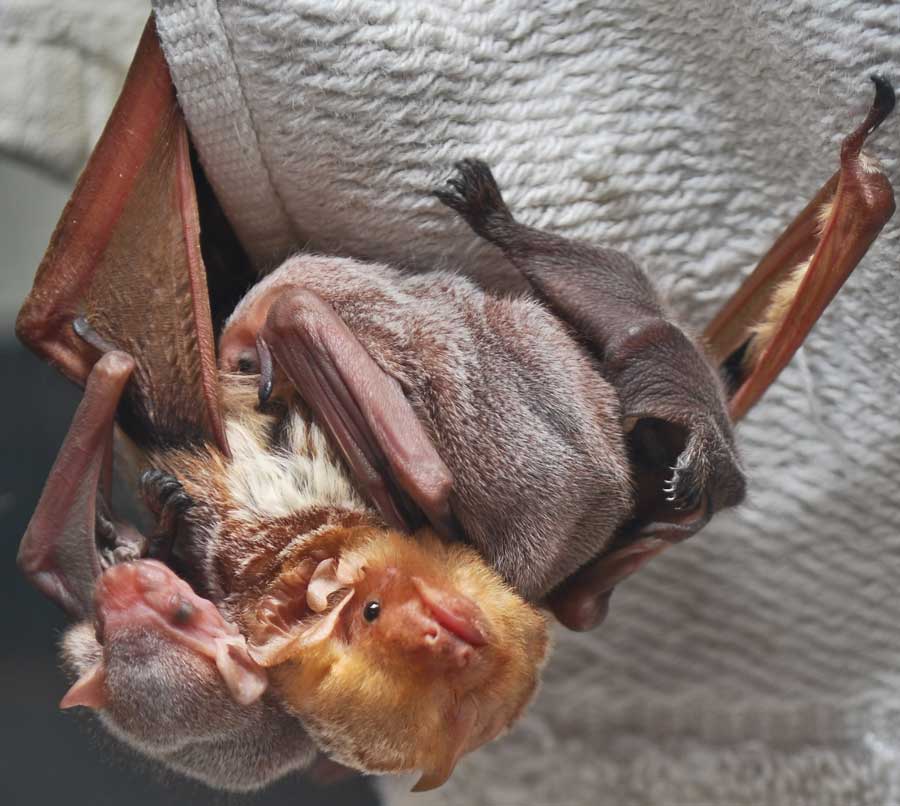 Meaning, no cleaner or dirtier than other mammals. Of course, they get dirty sometimes and harbour various parasites. But so do we – a quick Google search will reveal the amazing world of tiny creatures that live on and in us. But depending on the species, bats spend about 7-16 % of their time grooming. How many people do you know who spend at least an hour and a half on their appearance each day?

Bats won’t get caught in your hair.

Echolocation works well – better than sonar systems created by humans, which, by the way, were inspired by echolocation in Nature. That means bats are perfectly able to avoid your hair, which they have no interest in anyway. If a bat swoops toward you, it’s probably just chasing small insects, such as midges, above your head. In 15 years of working with bats, including being in places with hundreds of them flying around, I’ve never had a bat even touch my hair, let alone get caught in it.

Of course, beauty is in the eye of the beholder, and some species (like those below) have unusual faces, with folds and protrusions that have evolved to enhance the ability to echolocate. Even I’ll admit that some have faces only a mother could love. But most bats are cute and some are super cute. Google “Ectophylla alba” – I dare you.

Yes, there are vampire bats. Three species, all restricted to Latin America. But they don’t suck blood. Instead, their special heat-sensing pits above their nostrils let them find blood vessels close to the skin surface of their host (usually livestock). Then they use their upper incisors to make a slit in the skin. And the host doesn’t notice because vampire bat saliva contains an anesthetic. It also contains a potent anticoagulant (which may be used to treat stroke) to keep the blood flowing. They lap up the blood and fly away. Vampire bats also have some of the most fascinating social behaviours of all animals – including altruism, which is very rare. To learn more about vampire bats, check out Gerald Carter’s website – he’s been studying them for years. 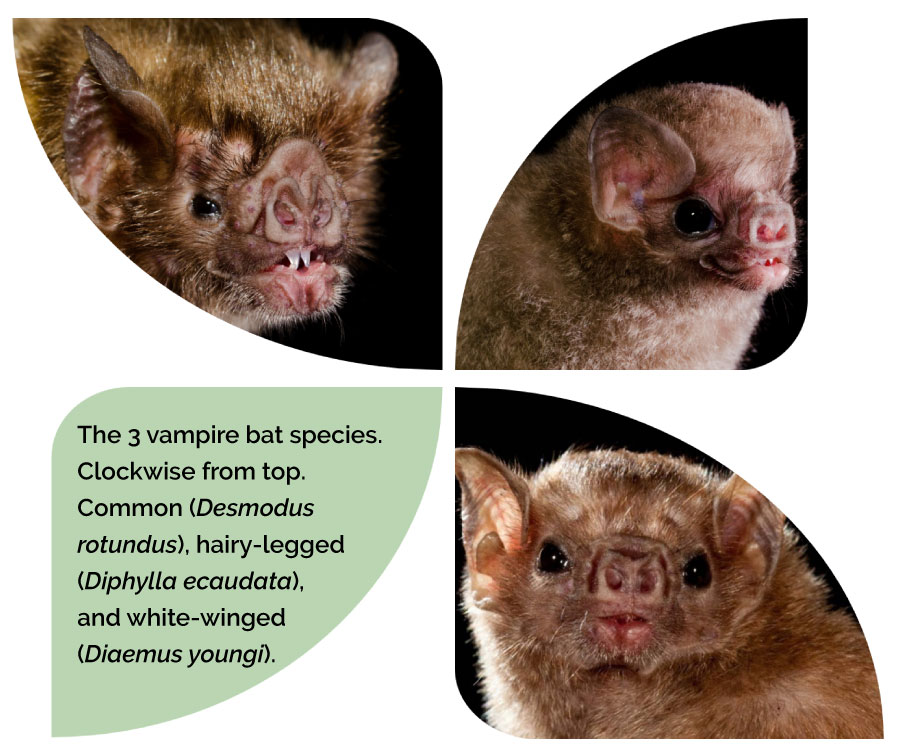 I should also mention the link between bats and disease. This topic gets lots of attention because bats are natural hosts of some emerging infectious diseases, including rabies (although the science on this is still evolving). Rabies is a deadly virus – it kills 100 % of infected people who don’t seek treatment. But all mammals can become infected, and in cities, it is dogs, and not bats, that mainly transmit rabies to humans. Also, the prevalence (infected proportion of individuals) of rabies in bat populations is low. For example, in North America, it’s less than 1 % – that’s lower than the prevalence in raccoons – the most commonly infected wild animals. Still, you should never handle or touch bats because even if they’re not normally aggressive, any mammal may bite in self-defence. This is especially true if you find a bat on the ground – a grounded bat is more likely to be sick.
By Joanna Coleman|2020-09-16T04:21:50+00:00March 16th, 2020|Bats|2 Comments