Urbanisation has been identified by some authors as the top human cause of species endangerments and extinctions. That it has such a large impact on biodiversity is pretty surprising when you realise that cities occupy a very small fraction (estimated at 1.5-3 %) of all the land on Earth. But urbanisation alters landscapes (and thus habitats) more profoundly than any other human land use does. By that, I mean that the built environment (with its pavement and buildings) is more different to the original landscape and the changes are more persistent compared to the effects of agriculture and logging (for example). Urbanisation (namely urban patterns of consumption) is also tightly linked to other key environmental challenges, such as invasive species, overpopulation, pollution and overharvesting. The way I see it, all the main threats to biodiversity (as identified by Edward O Wilson) are exemplified by urbanisation.

But there is another, more insidious threat posed by urbanisation. The term “nature deficit disorder” (NDD), coined by Richard Louv in 2005, refers to a collection of issues related to human health and well-being. These include myopia, obesity, depression and attention-deficit disorder, among others. The benefits of contact with nature are very well-known, and the growing incidence of NDD is attributed to the fact that people (especially kids) are not spending enough time outside. Instead, we stay indoors, largely engaging with electronic media. Moreover, those same media often portray nature and the environment in a negative light. We essentially receive the following two messages. One: it’s a big, scary world out there. Two: the current environmental problems are so big and so far advanced, that we can’t do anything about them. The result? We are feeling increasingly apathetic and our willingness to adopt environmentally-responsible behaviours is declining, just when the need for such behaviours has never been more urgent. Various studies have shown that this is a global phenomenon and that it is linked to urbanisation. 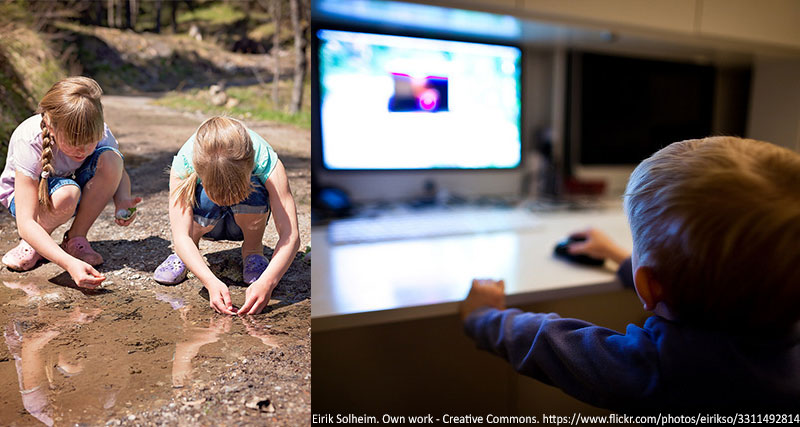 Today’s kids are spending more of their free time indoors than doing things outside. This wasn’t always the case, and it certainly isn’t how my peers and I grew up.

When it comes to urbanisation, you can’t really find a country that epitomises it better than Singapore. Nearly all of our densely-populated nation’s land area (roughly 700 km2) is urbanised and, because it’s an island, there are no regional hinterlands where we can go to get out of the city. Also, less than 5 % of the total land area is occupied by Singapore’s four nature reserves, with only 0.16 % covered by primary vegetation. Nevertheless, Singapore prides itself on being a “City in a Garden”. With more tree cover than almost any other city, plans to achieve 100 % water self-sufficiency within the next 30 years and many urban greening initiatives, that title may be justified. But I see little evidence that it is translating into increased use of the outdoors and counteracting NDD.

I took this photo from my apartment – you can see that Singapore really has a lot of greenery.

Quite the opposite. I’ve observed some pretty big differences in the youth between Singapore and Canada that seem to speak to the pervasiveness and severity of NDD here. First, I couldn’t help but notice the large proportion of young people wearing glasses. It turns out that Singapore’s prevalence of childhood myopia is one of, if not the, highest in the world. Although this seems at least partly linked to ethnicity (with myopia especially common in those of East Asian, particularly Chinese, ancestry), the biggest risk factor may be lack of time spent outdoors. 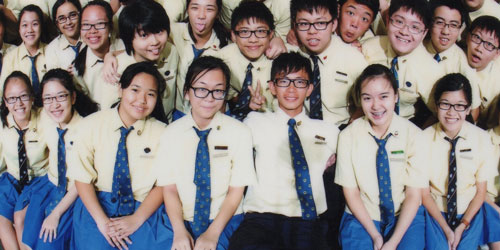 Image: http://sgeyecare.com.sg/wp-content/uploads/2015/04/myopia-glasses003.jpg. This is a class of upper-level secondary students – myopia affects up to 50 % of Singaporeans by age 12 and up to 80 % of them by the time they finish secondary school. Among my 1st-year university students, roughly 70 % declared having myopia as children, and a quick look around the class indicates that nearly all are now nearsighted.

I was also surprised that no less than one third of the 45 3rd-year students in my first overseas field course declared that they could not swim – and remember, this is an island nation. I saw that many of the rest were poor swimmers and that most students expressed at least some fear when faced with having to make a 2.5 m jump from a boat into the ocean (and some were afraid to jump into a pool from the side). When I casually polled my 55 1st-year students, I discovered that most had NEVER climbed a tree. I’ve also observed that many students either don’t know how to ride a bike at all or only learned to do so in adolescence (and I very rarely see Singaporeans biking around). Most of all perhaps, I am still amazed by the number and popularity of malls. Shopping seems to be the recreational activity of choice in Singapore, which epitomises mall culture (and I’m not the only person who feels this way). 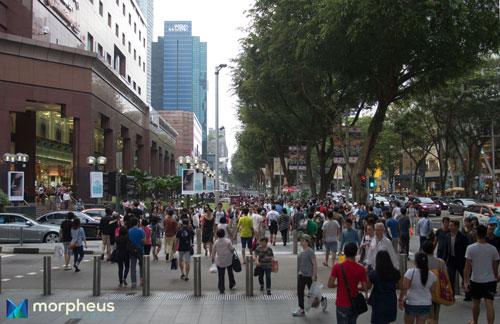 This photo was taken around mid-afternoon on an ordinary weekday, on Orchard Road, which is Singapore’s most important shopping area. It is even more crowded on weekends, and the indoor spaces are typically jam-packed full of people looking to buy, buy, buy.

Stay tuned for part 2, in which I describe some preliminary data I’ve collected on this phenomenon and my plans to study it further.