Effect of haze on bats at water

For bats, inland water bodies are vital microhabitats. Many studies (such as this one) also find they prefer calm water because riffles interfere with echolocation. This may at least partly explain the importance of ponds to bats in a variety of landscapes. It also suggests that in a water scarce but urbanised nation, like Singapore (SG), permanent freshwater bodies, such as Eco-Lake offer the best chance to observe bats.

SG also offers an excellent opportunity to study the effects of air pollution on bats – something that had never been done anywhere – because of the annual haze caused by slash and burn agriculture in Indonesia. And Jacqueline’s final year project coincided with the worst haze event on record. She recorded bats at Eco-Lake using a bat detector, on nights that she divided into hazy and non-hazy based on the SG government’s unhealthy threshold (PSI 100). 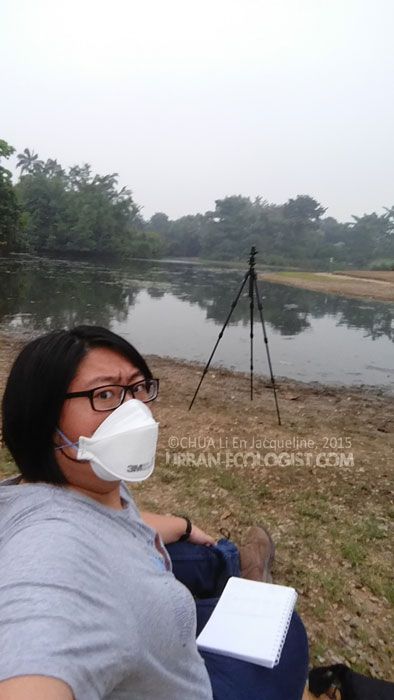 The charts below show how the effects differed between bats. The one on the left is for Asiatic house bats (Scotophilus kuhlii). The first dependent variable is total passes in the hour after sunset, or activity – it’s an abundance index. The second one is the feeding buzz ratio. Feeding buzzes are specialised echolocation calls that bats emit in the terminal phase of prey capture (press play below the charts to hear one – listen for the zipper sound at the end). Buzzes are indices of foraging activity – divided by passes, they reflect relative foraging. And haze doesn’t affect house bats.

But for bats in the genus Myotis (on the right), both dependent variables decline on hazy nights. 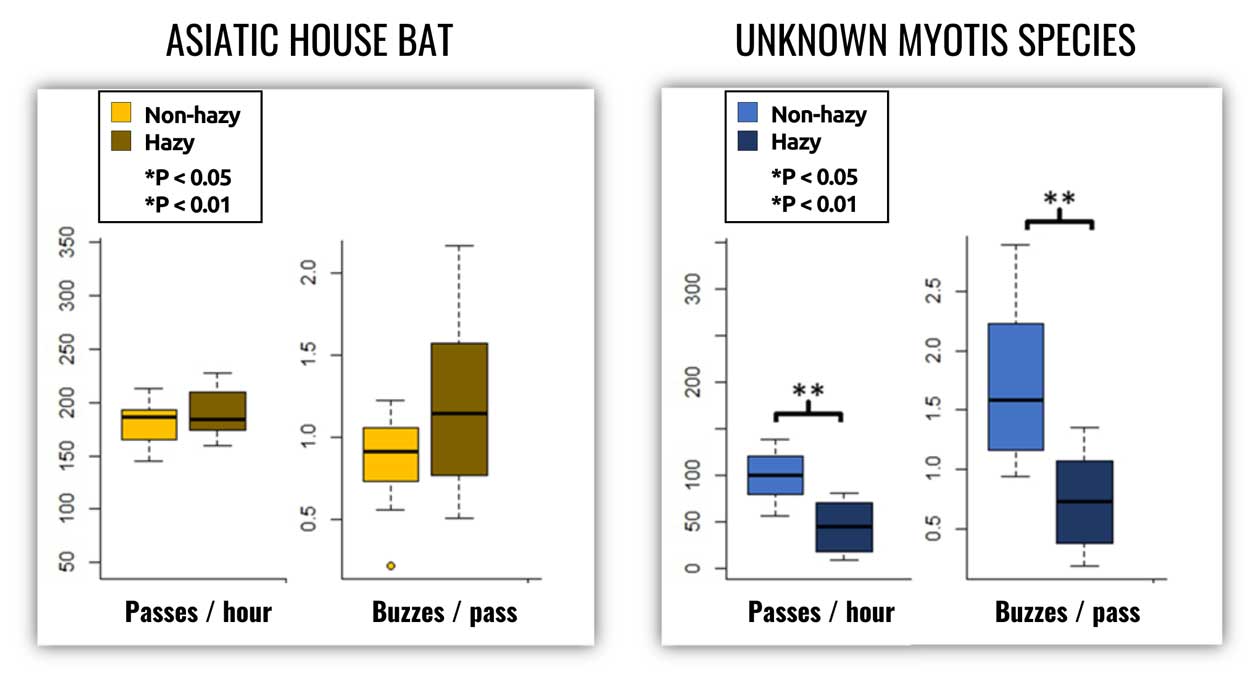 Now look at temporal variation within a night, starting with house bats (still on the left). The x-axis divides the night into 10-minute intervals. The y-axis shows activity and relative foraging per minute. I highlighted the 2nd and 3rd intervals, when foraging peaks. On hazy nights, activity drops a bit, but buzzes per pass rise a lot, indicative of more intense hunting. What about Myotis bats? First, look at the 3rd interval. This is when activity peaks, but on hazy nights, a lower buzz ratio suggests less intense hunting. And, in all three later intervals, activity and relative foraging decline on hazy nights. 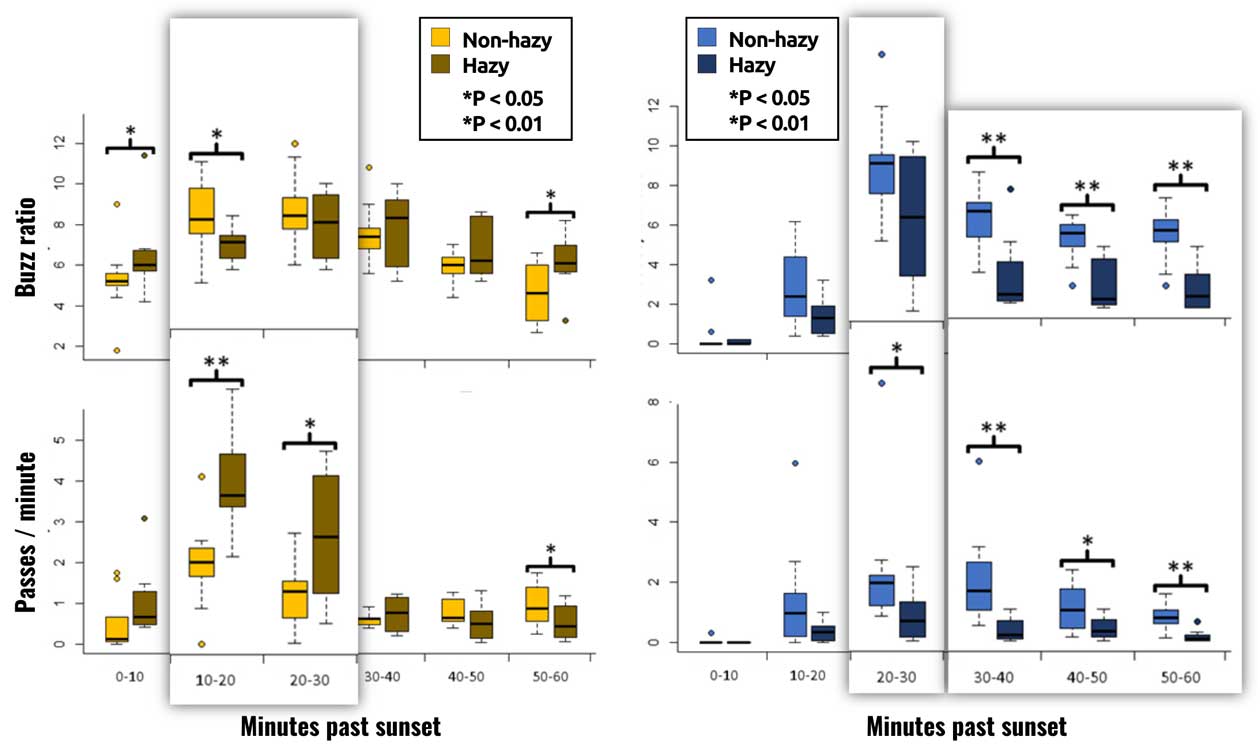 This raises several hypotheses. The simplest one is that haze alters insect availability, which is made more plausible by recent work at NUS showing that it harms butterflies. Or maybe there’s an optimal foraging response by house bats. To satisfy their huge appetites, they must fly around a lot, but flight arguably increases their exposure to haze and respiratory stress. Perhaps getting their hunting done faster allows them to meet their energy needs earlier and minimise exposure. As to why haze is more detrimental to Myotis bats… Maybe their prey is more affected. Or, maybe there’s some haze-related mortality. Indeed, they should be more vulnerable given that SG’s largest Myotis species is half the size of a house bat.

Jacqueline manages the Community in Bloom programme for the National Parks Board.