I’ve been studying urban ecology since my MSc. What sparked my project was a declining trend in fall counts of migrating sharp‐shinned hawks (SSHA) in northeastern North America. I set out to investigate two competing hypotheses to explain it. 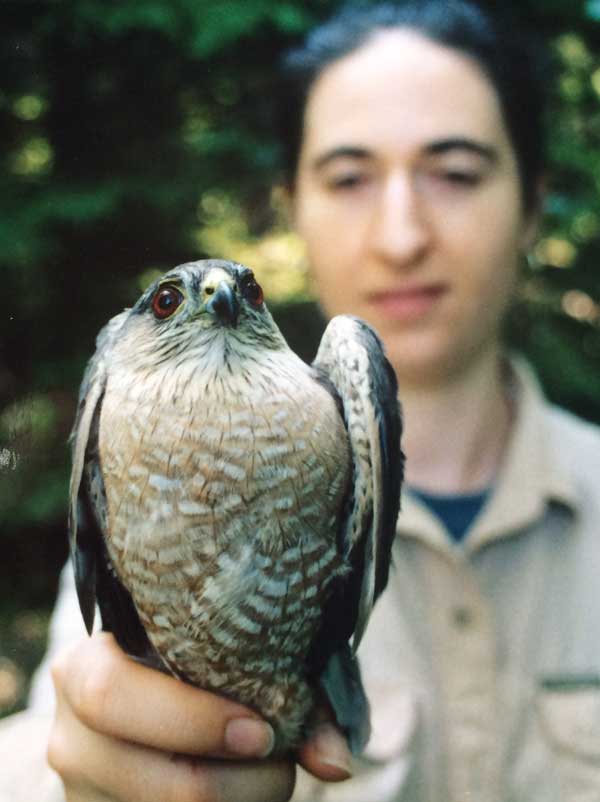 Ultimately, my project morphed into a general urban-ecology study of SSHAs in southern Québec. My work revealed that not only were urban populations not declining, but also, this raptor was way more flexible in its habitat use and more tolerant of human activity than anyone thought. And while I found high levels of some OCs in this population, they seemed to reflect contamination of wintering grounds (for DDT) and of the global environment (for PCBs).

I came away convinced of the need to go beyond the traditional approach to urban ecology (community‐level studies) and explore underlying patterns. Meaning, to understand how urbanisation affects assemblages or communities, we must study populations and individuals.

This is a perspective I adopted in my PhD but looking at a novel study system – Prairie bats – and I addressed three gaps in urban ecology. One, the relative lack of studies on bats. Two, the prevalence of studies comparing urban and non-urban abundance and diversity metrics – I was the first to ask how urbanisation affects the fitness of bats and link the responses to altered assemblage structure. Last, with most studies in temperate forest biomes, there was almost no knowledge of how urbanisation affects grassland species (or if landscape context modifies the effects of urbanisation).

My overall hypothesis was that urbanisation benefits Prairie bats. Three main reasons why. First, cities have more roosts (trees and buildings) compared to the relatively flat Prairies, where these vertical landscape elements are limited to river valleys. Next, without the pressures of intensive agriculture practiced throughout the Prairies, they have more food (insects). Finally, they’re warmer (due to the urban heat island effect) – and heat is good for both insects and bat reproduction. Thus I predicted that urban bats are more abundant, more diverse and fitter. 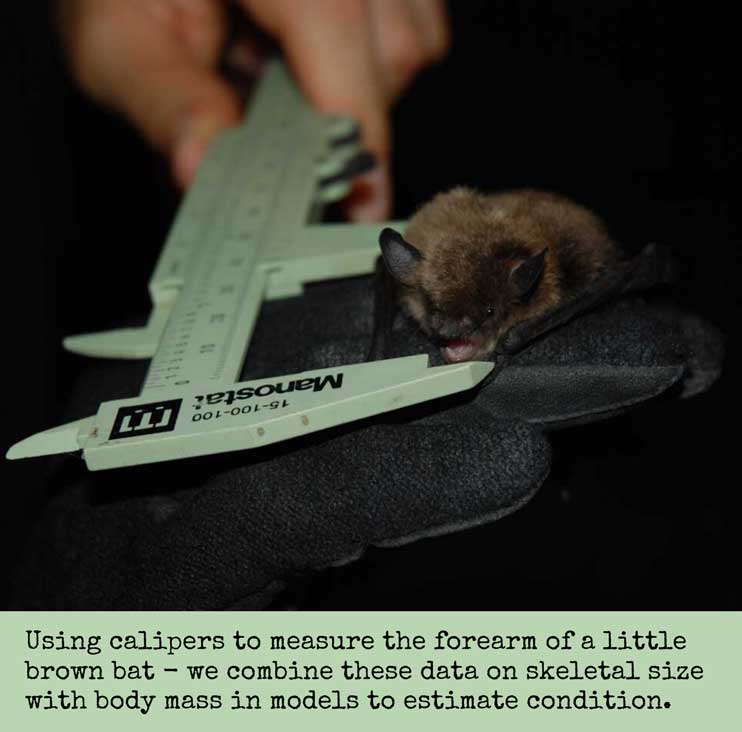 That’s not what I found. Instead, urban assemblages seem more dominated by one bat species – similar to the results of studies elsewhere, except that in Calgary, the urban denizen was the little brown bat (Myotis lucifugus), whereas in other North American cities, it’s the big brown bat (Eptesicus fuscus).

Now, when one species becomes more dominant in a city like this, urban ecologists may classify it as an urban exploiter. Urban exploiters tend to rely heavily on human resources and can benefit from urbanisation so much that their urban populations explode. But this doesn’t seem true for little brown bats in Calgary. Yes, they’re more abundant, but their insect prey are not, and so urbanisation might lead to greater competition for food and, ultimately, reduced fitness. Of course, many other factors are at play, but clearly, little brown bats aren’t urban exploiters in the Prairies.


Since my PhD, my research and teaching have confirmed the importance of urban ecology. After all, this is the urban century. Most people live in cities, which ultimately generate the bulk of greenhouse gases, and urbanisation is identified as a main driver of the sixth extinction.

And I study urban ecology by asking three separate, but related questions.

Ultimately, my research aims to inform and promote the conservation of global biodiversity, which is ever more affected by urbanisation. Understanding its impacts may help identify strategies to mitigate them. Understanding human views of and behaviours toward Nature may help identify intrinsic and extrinsic obstacles to sustainability. Finally, showing that biodiversity and living more sustainably bring real benefits, even to urbanites, helps convince people that conservation is worth it.