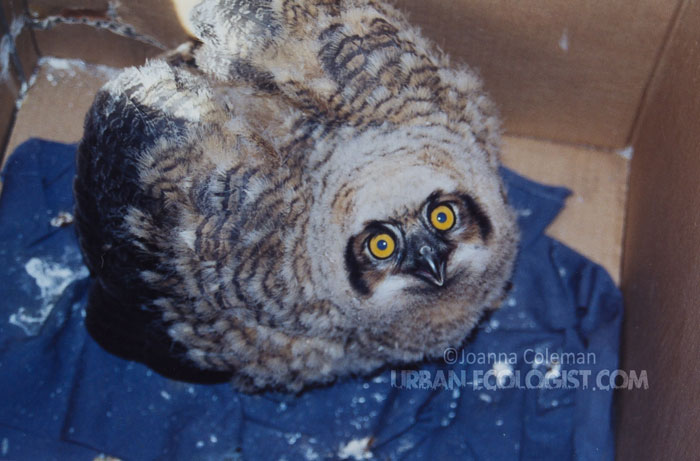 Rescued great horned owl (Bubo virginianus), Vaudreuil, Québec, 2001. One day, as I drove up to the Avian Science and Conservation Centre (I was going to look after my own great horned owl), a car pulled up, and a woman handed me a box with a not so little surprise inside. She had discovered this owl which, at about 6 weeks old, was nearly ready to fledge, on the ground. She should’ve just left it there (most likely, its parents were nearby and would’ve continued caring for it), but instead thought it needed rescuing. So I had no choice but to take it home with me. Super cute, but troublesome. It managed to escape from the box (leading to a frantic search) and then kept me up all night with its screaming. The next day, I didn’t mind the 90-minute drive to bring it to a rehab centre. This posture is a typical threat display. 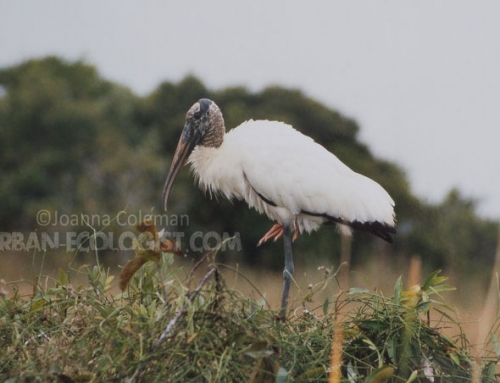 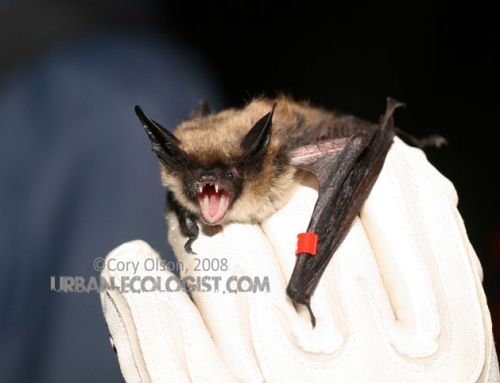