Heavy metals are naturally occurring and so, therefore, is some environmental contamination. But human activities, especially mining, industry, traffic and waste disposal (to name four) are largely responsible for heavy metal pollution. And it’s a major problem. These metals tend to persist (don’t biodegrade) for a long time in soil and water. And in organisms if they take them up. Heavy metals tend to bioaccumulate (their levels increase in tissues faster than organisms can get rid of them) and biomagnify (levels increase at higher trophic levels). They may cause various diseases, compromise reproduction and be lethal. Of course, effects depend on the metal and dose, but some of these elements, notably mercury and lead, are highly toxic even at minute concentrations.

To date, knowledge of this issue in urban areas comes mainly from studies in the temperate zone – indeed, there are none of exposure of mammals to these metals in tropical cities, and Singapore (SG) offers a unique and informative context for this question.

As the world’s only fully urbanised tropical nation, we expect the usual urban-related sources of emissions. But SG has other major potential sources. Like the world’s second largest maritime port (shipping can produce substantial emissions) and four airports and air bases, including one of the world’s busiest (aviation is another big source). It has offshore oil refineries (which also emit heavy metals) and high road density (a key determinant of soil contamination).

All these activities occur within an area of less than 1 400 km2 including SG’s land and territorial waters, so SG should present an extreme case in the number and density of heavy metal sources. And local studies have found significant biotic uptake, for example in lichens. Ultimately, SG is an ideal context to test the hypothesis that increasing urbanisation has increased inputs of heavy metals to the environment, thereby increasing mammalian exposure.

This is what Fang Ni set out to do, using non-invasive sampling – specifically fur. She collected historic samples (pre-urbanisation) from museum specimens and present day ones from a local animal rescue centre and subjected them to inductively coupled plasma mass spectrometry (ICP-MS), which she performed in the lab of Prof Sam LI who so kindly facilitated this project, including by bringing in his awesome research staff. 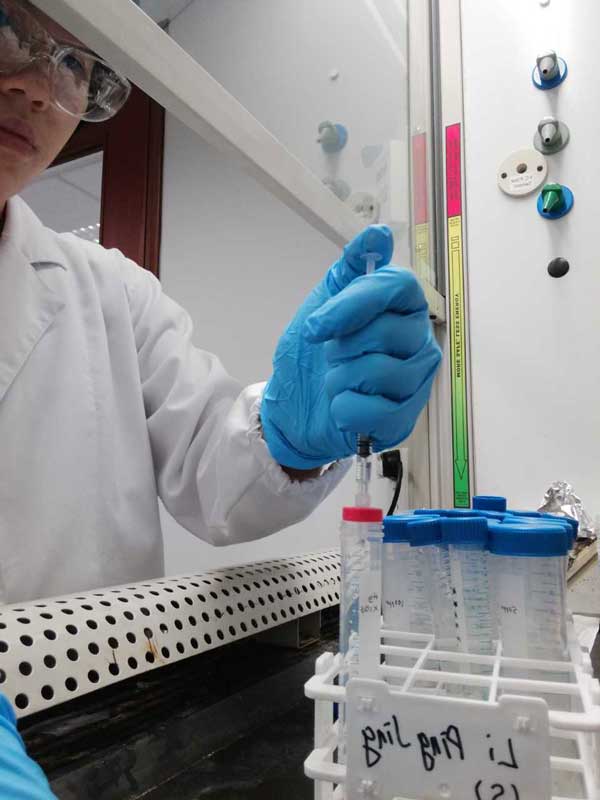 Left: Fang Ni in the lab.

Right: Levels of four metals (not Mn or Ni) changed over time. But Cu, Zn and Pb declined. That’s unexpected because these three metals constitute the quintessential urban triplet.

Next, we expected higher trophic guilds (e.g., carnivores) to have the highest levels. But look at these charts, showing mean levels. The only metal this happens with is Cr (and not significantly – that’s why the same letter appears above all three standard error bars). Meanwhile, Cu, Zn and Pb do differ significantly among guilds but peak in herbivores, which is surprising and doesn’t support a hypothesis of biomagnification.

Since September 2019, Fang Ni has been at Imperial College London, where she is completing a master’s degree in ecology, evolution and conservation.